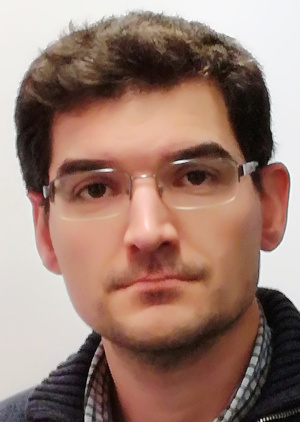 Belgians are good at linking other nations together. Sébastien De Grève from the Belgian Technical Safety Organisation Bel-V is no exception. He managed to get more than 25 people from 8 countries, representing 6 safety authorities, to stay one extra day in Växjö for a post seminar workshop on nuclear crane regulation, one of the main topics at KIKA NCS 2010.

Bringing together a group of experts from many countries for a workshop is a bit like trying to get musicians to play the same tune. Sébastien De Grève from Bel V in Belgium was the driving force and the conductor of the post seminar workshop on nuclear crane regulation in connection with the 2010 KIKA Nuclear Crane Seminar in October. Sébastien has graduated in physics in 2001 at the University of Louvain-la-Neuve and he made his PhD degree in engineering at the University of Liège in 2008. Today he is working as a safety analyst at Bel V, which has a close cooperation with FANC, the national regulatory body of Belgium. Sébastien regularly performs safety assessments of modifications or projects related to the operational safety of cranes or other load handling systems. He is also currently resident inspector at the nuclear power plant Tihange 2 in Belgium.

“First of all I would like to thank Kjell, Thomas and KIKA for this great opportunity to organise a workshop in connection with the bi-annual seminar. With all these professionals gathered at one place we were able to have several presentations of high quality during the day.”

The main theme, regulations concerning nuclear cranes, is a very hot subject in the present situation, where a number of renovations and replacements are planned and a number of new investments are going to be realised.

“The main idea behind the workshop was to find a holistic assessment on a global level. There are both technical and human dimensions; we have to care for the multidisciplinary aspects, which we have to deal with. Having a SFP crane is not enough; the maintenance, testing and inspection program determines the actual risk level.”

The second main idea of the workshop was to distinguish between different radiation risks related to the material handling chain in a nuclear plant.

“We have to take care of the distinction between a nuclear load and a nuclear risk. A large load with low radiation contents might be considered as a lower risk than a crane carrying a small, high intensity batch. One should be careful using statistics and data when applying PSA (Probabilistic Safety Analysis), which may give too theoretical results. To me it is important to be able to compare the results. Various design offices using different procedures do not produce similar and comparable results. That is why we have to harmonise our methods.”

The third point on the agenda was related to standards.

“Here in Belgium we are commonly using American standards in the nuclear field. This approach has as a consequence that the manufacturers of lifting and handling equipment have difficulties in implementing it, due to their better knowledge of National or European regulations. The poor availability of suppliers, who could make an offer following the specifications, may partly be explained by the variation of rules. The industry has to work out a writing of a European standard to present to the authorities. Maybe it will not be easy to transfer some national standards (French, German) to a common European level, but such a process would help the manufacturers to imagine which materials and which designs would be feasible for cranes.”

Sébastien says that his main impression from the seminar and the workshop was that there is a real need for people to discuss about the regulations.

“There was a clear indication that a one day workshop on regulatory systems is a good idea, to be continued at the same periodicity as the KIKA NCS event, as an example. We found that the industry and the authorities benefit from this kind of meetings. Another challenge is to improve and use the reporting systems of incidents, IRS, to make it faster and more accurate. The development and use of new or existing databases and reporting models should be a priority task.”