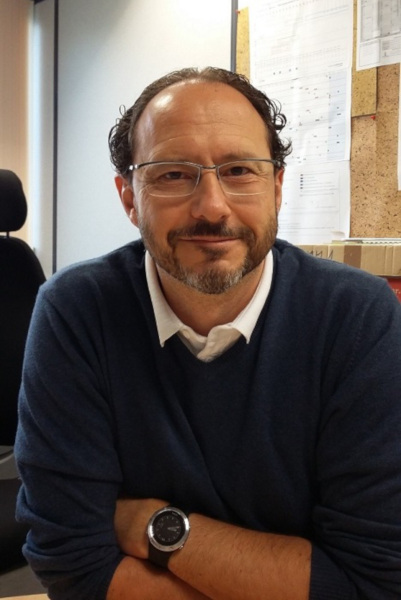 France is the heavyweight champion in the European nuclear scene with a total of 58 reactors in operation. The organisers of the 2010 KIKA Nuclear Crane Seminar were very pleased and honoured to welcome a French speaker, Mr Gilles Navarro from CIPN, a part of the engineering nuclear division of the French based energy supplier EDF.

From the sunny Mediterranean to the quiet town of Växjö, waiting for the first snowfall – Gilles Navarro experienced a change of environment, when he arrived to Sweden for KIKA NCS 2010.

At home in Marseille Gilles is the head of a department consisting of 17 persons working with lifting and handling equipment for the nuclear power plants at CIPN, the unit for modifications in the operating nuclear power plants of EDF. The staff makes studies of all equipment used in fuel handling and lifting, solves technical problems, prepares mechanical and electrical modifications and installations. At the KIKA seminar Gilles presented various aspects of modernisation of cranes in the nuclear power plants of EDF. In France EDF has issued documents for managing the updating of the equipment: Books of Technical Specification (BTS) and Books of Technical Rules (BTR). The presentation was met with great interest among the audience. “The first BTS was written back in 1985. As EDF has a lot of similar units, the specifications and rules can be used for 10, 20, even 40 units, which makes our work rational compared with many other countries”, Gilles says.

In France French legislation and the European machine directive overrule both FEM Rules for calculation and French and European standards. Gilles explains why.
“The directive and the corresponding decrees have been implemented into French law. The legislation defines the roles of responsibility, but contains no technical details. That is why we have created BTS and BTR, including certain controls and specifications. They are both linked to existing standards.”

“When we touch the equipment, even for a minor modification on a safety classed crane, we have to inform the safety authority ASN, Autorité de Sûreté Nucléaire. For all calculations of changes to brakes, controls e g, we have to make reports of what we have done”, Gilles says. EDF is a huge international group with an annual turnover of more than 66 billion €, more than 169 000 employees and a production of 618,5 million TWh. “The size can sometimes be an obstacle as the distance between the operators and the engineering department grows big. Our challenge is to provide solutions that are good and convenient for the operators on site.”

Gilles has 15 years of practical experience of the nuclear business. He has been working in a nuclear plant, as an engineer and in the R&D department. “I have realised that standardisation gives us a very important advantage, but the large scale of our company makes it demanding to bring in the modifications simultaneously. We have a lot of clever and smart people in the organisation of EDF – sometimes the operators have introduced good ideas on their own in parallel with our own process development.”

Gilles says that it is his job to speak with the staff of the plants to anticipate new technology. “Better procedures for refuelling, reducing outage of the process, are very important. If we can improve the flow and increase safety in our 58 plants this means a substantial reduction of costs and risks. In many companies lifting does not have the role it should. We are the only group within EDF with focus on cranes and material handling.”

In the preventive work Gilles and his team emphasize on safety analysis. “It is very important to decrease the probability of a drop fall. We apply a holistic approach, combining individual probabilities of failure. We are classifying the importance of all details and each source of failure is evaluated and considered in regard to its contribution to the total risk. To me it is important that we have tried to reduce the probability, aiming to increase the number of single failure proof (SFP) cranes. As soon as you introduce redundancy technology the probability tendency turns downwards.”

Gilles also describes the studies CIPN has made for the case that the fuel cask should drop from the heavy lift crane (150 tons). “There is no evident risk for the population, but the damages would influence the runtime of the plant, which has economic consequences.”